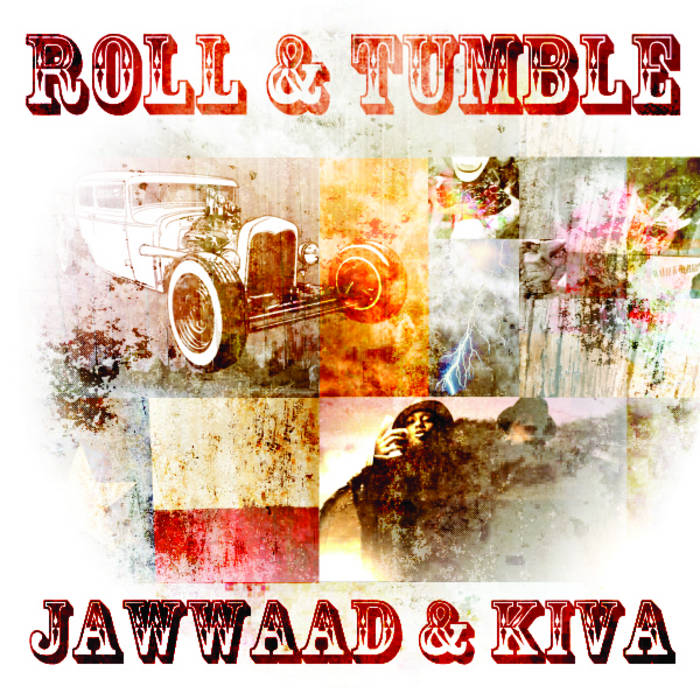 Tales of urban pressure are released on the tongue-in-cheek, yet blistering track "Slightly Gangsta."
On "Forever Yours," Oakland vocalist Sunru of Muvlikamor delivers a fiery guest verse of uprising, while on "We Don't Have to Fight," another Kiva-collaborator, Domunique, adds a woman's voice of reason to the argumentative song telling the story of a loving relationship in trouble.

All amends are made on the cosmic-love club anthem "What Happens Here Could Last Forever."
The album then shifts gears towards the intergalactic with the soulful and etheric "Back to My Galaxy." Bringing it all home, the chopped and screwed closing H-Town sounds of "Maltshop Screw" plants the listener firmly back on Earth, ready to take another "Roll & Tumble" ride all over from Track 1.

Founded by artist/producer DJ Kiva in 2004, Adios Babylon records represents futuristic urban music covering a diverse range of soulful and bass-heavy styles from the underground. Welcome to the 0.00000000000000001% Nation.

Bandcamp Daily  your guide to the world of Bandcamp